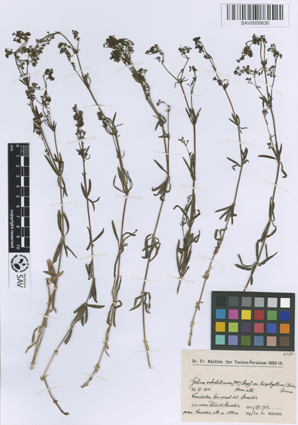 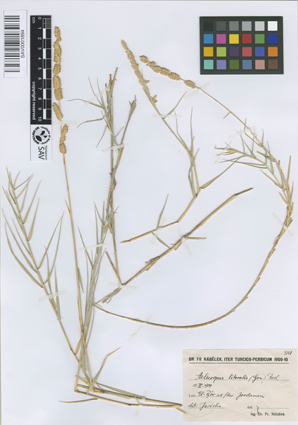 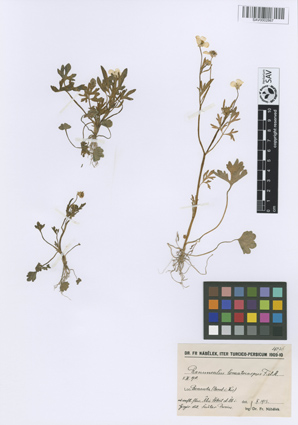 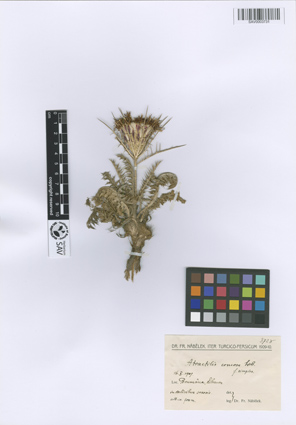 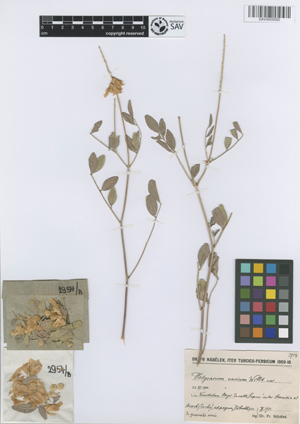 Czech botanist František Nábělek (1884-1965) studied botany under Professor Richard von Wettstein at Vienna University, Austria. Shortly after finishing his studies he visited SW Asia, where he collected plants from March 1909 until November 1910. During this time he visited the area of the current Israel, Palestine, Jordan, Syria, Lebanon, Iraq, Bahrein, Iran and Turkey. Along with Joseph Bornmüller and Heinrich Handel-Mazzetti, Nábělek was one of the most important contributors towards the knowledge of the flora of this area after the publication of Boissier's Flora Orientalis. Results of his studies were published in five parts of his work Iter Turcico-Persicum (Nábělek, 1923-1929), where he described four new genera, 78 species, 69 varieties and 38 formas. His extensive herbarium from this area contains 6775 specimens (altogether 4171 collection numbers). 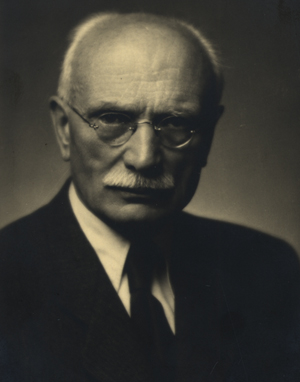